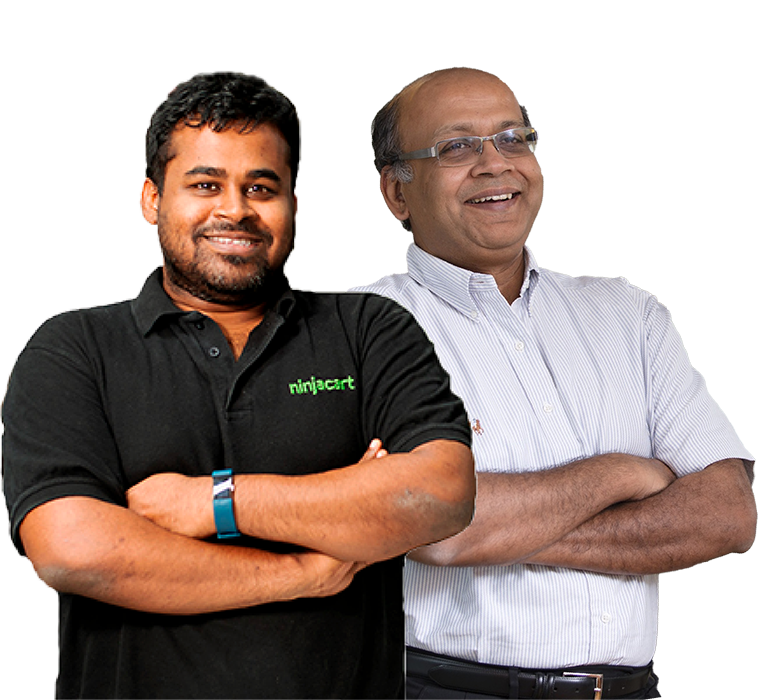 Podcasts have been one of the ways we try to bring out untold stories of startup founders. Continuing with this tradition, we at Accel are excited to introduce our new podcast mini-series: Untold Seed Stories. Sometimes we forget that businesses that are big today have had their share of early-stage challenges they had to overcome. This new show aims to unravel the first 500 days of our founders’ startup journey — ranging from how they first conceived the idea and met their co-founders, to details of how they secured their first funding and challenges along the way. The purpose and our hope for this podcast is that early-stage founders are able to see themselves in these stories and perhaps draw inspiration while they continue to build sustainable, large businesses.

‍
We kickstart this series with Thirukumaran Nagarajan, Co-Founder, and CEO of Ninjacart (leveraging technology to reimagine the fresh farm produce supply chain). Today Ninjacart delivers over 1500 tonnes of vegetables and fruits to thousands of shops and retailers across multiple cities in India while raising the income of the 20,000+ farmers on its platform through fair prices. Ninjacart’s constant innovations in the supply chain were pivotal in ensuring a steady supply of fruits and vegetables during the nationwide lockdown to combat the coronavirus.

‍7:45: Learnings from Taxi For Sure work experience

26:00: First meeting with Subrata, Accel at his home

36:26: The major pivot to the business model

The Persistence of a Founder

Thiru is a serial entrepreneur in its truest sense. He founded six startups including a coaching academy and a Biryani cloud kitchen before he landed on Ninjacart - which, interestingly, isn’t the same business as it was initially perceived. Though the first six companies failed to take off, he did not give up and kept charging ahead with one idea after another.

His attempt at building these companies came with its set of learnings but his biggest learning of building a large, fast-growing company was from his stint at TaxiForSure. “This is where I learnt how to build a culturally strong startup,” says Thiru about TaxiForSure. After the Ola acquisition, Thiru decided to revisit his last startup, Shout, which was initially a location-based social network app. He decided to convert it into a location-based e-commerce app which eventually became Ninjacart.

From his past experience, Thiru knew that while the idea mattered, it was the team that mattered the most - someone who could build the company together. Sharath was an obvious choice as the two had been partners in crime since their Biryani startup days. Other co-founders included KK and Vasu (from TaxiForSure) and Ashutosh (from CommonFloor). This is how the five member founding team of Ninjacart came together.

“Team comes before the idea. You need a good team that can execute well. Idea is something you can keep iterating on,” says Thiru. “I wanted to build my brotherhood first.”

Another important learning for Thiru from past experience was not being sensitive to equity dilution in his company. With his first company, Thiru was very particular about the stake he held and as a result did not want too many co-founders. But he soon realized that “it doesn’t matter if you’re a 100% owner of a 10 million-dollar company or a 1% owner of a billion-dollar company.”

A larger co-founding team brings its own challenges, case in point being when some of the co-founders don’t scale at the same pace as the company. The strong camaraderie among the co-founders at Ninjacart ensured that there were no second thoughts about having hard honest conversations - the ones better at the ‘zero to one’ journey continued to work on ‘zero to one’ initiatives, even if it meant leading smaller teams. Ninjacart co-founders were open to letting newer members take the reins in the ‘ten to hundred’ journey.

The first meeting with Accel

Though it happened almost 6 years ago, both Thiru and Subrata remember their first meeting like it was yesterday. On a Saturday afternoon, Subrata was expecting to host two entrepreneurs at his house, but to his surprise, five showed up forcing Subrata to move the meeting from his home office to the dinner table. And thus began the first meeting between Accel and Ninjacart.

The founders did not have a formal pitch deck — they wanted to simply talk about their idea, the product and their plans. Thiru opened the app and showed a demo on how to place an order. Subrata was impressed with the quality of the apps and a potential market opportunity. But what he was most drawn to was the team — who not only came with good experience but were also quickly able to understand how to go after a different market opportunity.

Ninjacart was a hyperlocal grocery delivery app and came at a time when online grocery startup Grofers had raised a large sum of money. With consumer startups being expensive, Subrata was torn if they should invest in another B2C grocery delivery app. A few meetings later, however, what stood out to him was the team’s ability to execute.

“It was a tricky situation, but we loved the team and decided to invest in them,” recalls Subrata. “Even if they changed their business along the way, I was clear that we could figure things.”

A seed investment was getting finalized. But before they could go ahead, the founders had to deal with a conundrum of their own: how to divide equity between five founders?‍

“When Accel wanted to give us a term sheet, we said we will come back with details in a day because we had to figure out our shareholding,” laughs Thiru.

They wanted to split it equally but an advice from a fellow entrepreneur was that the CEO should ideally hold a higher stake in the company. They quickly came up with a two-step solution for this, too.

The final amount each held would equate to the ratio of their shareholding in the company. After ironing this out, there was nothing left but to get going with the business.

Ninjacart wanted to create a network of kirana stores, brand them and help them with delivery while also looking at ways of helping them with sourcing. Two months into their journey, the hyperlocal delivery started picking up and the team decided to focus on that. As they kept at it, a realization dawned upon them: their business was mostly funded with discounts and did not solve a real problem. They decided to test this out with a few experiments.

“We sat at the call centre to listen to customer woes,” says Thiru. “One customer had used our app to buy atta and then added other items along with it. But because of a lack of availability in the store, we were able to deliver everything except atta and the customer was furious.”

This made them realize that the problem they want to solve is elsewhere. In search of a product-market fit, the founders began their on-ground research by talking to different kirana store owners. They realized that:

“We knew there was a problem that existed and that people were ready to pay money for it,” says Thiru.

Within months of starting up, Ninjacart made their first and most important pivot: from a B2C hyperlocal grocery delivery app to a B2B platform for grocery stores to source fresh produce. This was another impressive aspect for Subrata.

“Dropping something that was touted to be exciting and going after something grungy, that was pretty impressive,” says Subrata adding that this has been the norm with the founders since day one. “At Ninjacart, new ideas flow in and out very quickly. Ones that make sense, stick and are iterated upon while the ones that don’t make sense are quickly weeded out.” And this is how Ninjacart found their product-market fit within months of starting up.

Subscribe below to SeedToScale for regular updates on the Accel Community

Learnings from his WhatsApp Journey

Investing since 2006, Anand focuses on investments in consumer technology, online marketplaces, and healthcare technology at Accel.

An Anna University-CEG and IIM K alumnus, Thiru has over 9 years of experience. He is a serial entrepreneur, having built Shout App and Eduraft before starting Ninjacart.

Subrata is a founding partner at Accel India and has done marquee investments into companies like Flipkart, Cure Fit, MuSigma and recetly, Airmeet