Back
Insights By Accel
Episode
27 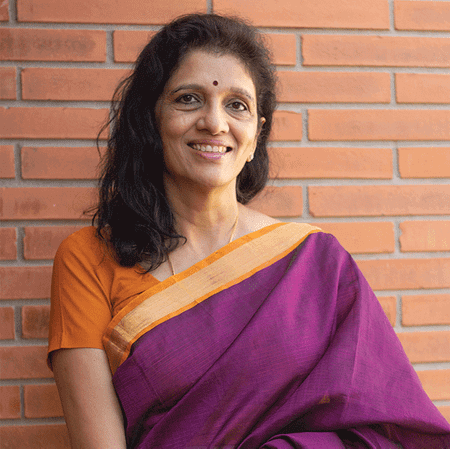 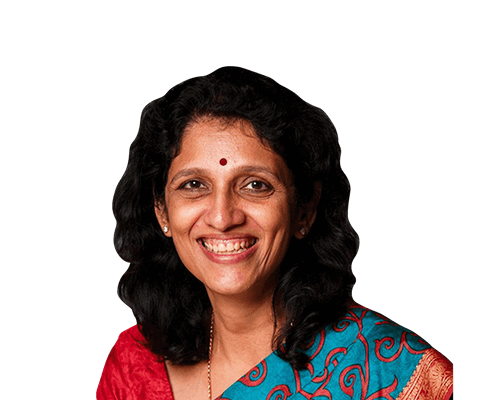 Insights By Accel
#
27
:
Creating impact in People’s Lives
Mins Read
43 Mins
You can also listen on

In this edition of the #INSIGHTSPodcast series, we have serial entrepreneur Meena Ganesh, Co-Founder and CEO of Portea Medical, the leading provider of in-home healthcare services in India. Meena has had an illustrious career spanning corporate and the startup world. We talk to her on what has helped her scale across these various environments.

Growing up across the country owing to her father’s job in the Indian Railways, Meena believes her initial days of studying in Kendriya Vidyalaya served as a very good indoctrination, and helped shape how she treats people today. “Studying in a KV really makes you very egalitarian, and you learn to respect people from every background,” she says.

Meena had always been a good student in school, and decided to pursue her undergraduate in physics with the intention of becoming a nuclear physicist, before realising that she was more of a generalist and didn’t have the mentality for research. She pursued a masters from IIM Calcutta and soon after graduation, married her classmate Ganesh. Growing up in an environment where the idea of women having careers was uncommon, the question of whether to continue a career after having children always lingered, But Meena was clear that there were no second thoughts about continuing her career: it was as important as family for her.

Meena started her career at NIIT, did a stint with PwC, then helped Microsoft set up a few business units in India under the brand Microsoft Consulting Services, before starting up in 2000 with her first venture, Customer Asset, to support internet startups. It was the time of the internet bust, so the company pivoted into a BPO, weathered some tough times and was eventually acquired by ICICI Bank.

Meena went on to do a stint with TESCO before starting up again along with husband Ganesh with Tutorvista, which used Indian teachers for online tuitions in the UK. Meena built the Indian business for Tutorvista in 2008 at a time when mobile and internet penetration hadn’t taken off and hence online tuition didn’t make sense. Starting off with a mission to improve the quality of education in India using technology, Tutorvista acquired Edurite and build a platform that was used in over 4,000 schools across the country, and set up tutoring centers under the brand Edurite Tutorials before moving to a full stack solution for operating schools: from curriculum design to pedagogy to teacher training to admin and financial management.

Tutorvista reached a scale of managing 35 schools that housed a total of 35,000 students and was eventually acquired by Pearson.

In 2013, Meena set out to look at different focus areas that offered the next big opportunity and felt there was a lot of disruption that could be done in the healthcare space. She observed that there had been a lot of investment in the healthcare provider space in the form of new categories: multispecialty, single specialty and quaternary care hospitals, but not a single well-known brand existed in the outside hospitals space that served as a partner for patients in their long-term healthcare journey.

Meena says she initially saw it as an aggregator play, but quickly realised that the solution required having a full stack solution.

New to the healthcare sector, other than her experience of being a user while helping her father through his cancer treatment, Meena spent the first six months identifying market problems and realised the importance and need for an ecosystem in the continuum care space.

Convincing hospitals to hand over their patients, convincing patients to adopt a traditionally unknown concept of healthcare delivery at home, and convincing medical professionals to see this as a legitimate career option were all challenges that Portea had to overcome to reach today’s scale of 4,000 medical staff on their platform across the country in over 16 locations.

“The focus in the last few years has been on looking at spaces where there is a large problem to be solved. Are people willing to pay for your solution? Will people miss it if you take it away?”

This need gap quantification, and aligning the opportunity with Portea’s capabilities proved crucial in its success. The visionary in Meena is evident as she shares the one question she’s constantly asking herself, “Does your solution make a big enough impact on people’s lives?”

Summarising her learnings from a plethora of experiences, she says the willingness to shed your ego and learn from everybody, along with the ability to look at the 30,000 ft view as well as work with colleagues in doing ground-level work have been important in helping her scale. Meena’s advice to fellow women professionals is simple, “It is important to prioritise. Work towards making things work at home as well as career, but never second guess yourself. Be open to reach out to people in your circle and ask for help”.