Back
Insights By Accel
Episode
38 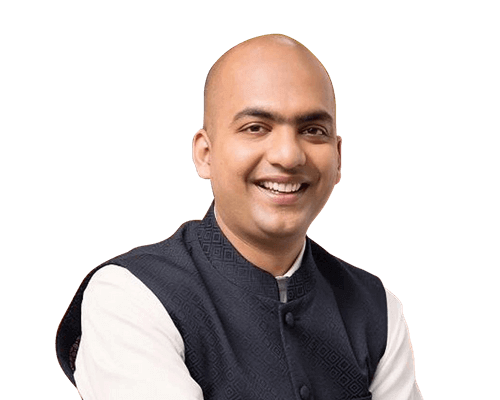 Insights By Accel
#
38
:
Scaling Xiaomi and Disrupting the Indian Electronics Space
Mins Read
56 Mins
You can also listen on

In this episode of the #INSIGHTSPodcast series, Manu Kumar Jain, Managing Director of Xiaomi India, talks about why he decided to co-found online fashion brand Jabong, and then chose to join Xiaomi and grow it to today’s scale.

We continue with the #INSIGHTSPodcast series, and on this edition we have with us Manu Kumar Jain, Managing Director of Xiaomi India, a leader in smartphones, televisions, and many other products.

Manu walks us through the journey of setting up Xiaomi in India and scaling it to become one of the best mobile phone brands in India in a very capital-efficient way.

Revisiting his childhood days, Manu remembers growing up in Meerut in a large family with a business background, where the ultimate aspiration was to set up shop. The larger the shop, the more successful one was.

Unlike most of his cousins, Manu decided to pursue engineering from IIT-Delhi and then did his MBA from IIM-Calcutta, after which he worked with Mckinsey for five years before co-founding Jabong. He ran Jabong for two years before moving out and then joined Xiaomi to start their India business.

Talking about the early days at Jabong, Manu is candid about how his first thought on selling fashion online was that “it was a stupid idea”.

After some persuasion from his co-founders, he was able to take the leap of faith, only to get pleasantly surprised that a lot of people were willing to buy shoes and clothes online. Riding on the wave of mobile-first online consumers, Jabong grew from 1,000 orders a day to 10,000 orders a day, to become a top two player in the online fashion space.

Hugely fascinated with mobile as a category and having heard about a Chinese company trying to do things differently by using online as the primary channel for sales, Manu connected with the founders through his network out of pure interest to learn more about the company’s journey. After multiple exchanges between Manu and the founders, sharing learnings with each other on the China and India landscape, Lin Bin, Co-Founder and President of Xiaomi, offered Manu the chance to join them to start their India business.

At a time when India had more than 300 smartphone brands, Xiaomi went ahead with an online-only sales strategy when everyone else was spending huge marketing dollars on advertising and sponsorships. From very early on, the expectation from the board was to be profitable and not burn at a day-to-day operations level.

This led Xiaomi to take a product-focused approach and leverage social media to take its consumer delight story to the masses. What others spent on marketing, Xiaomi spent on quality of the phone giving the customer a better hardware and a better camera.

“We can’t make more than five percent margin from any of our hardware products by board resolution. We believe in a concept called honest price. We cut down all possible costs like marketing, distribution, working capital, and inventory cost, and pass on that benefit to the user, without keeping a profit margin for ourselves.”

The strategy couldn’t have worked better, the phones went out of stock in seconds on launch days, leading ecommerce partner Flipkart’s site to crash. Xiaomi went on to capture almost 50 percent market share in the online channel — that by itself grew from 6 percent to 33 percent of total mobile phone sales in India. By the second year, Xiaomi was able to record billion dollar worth of sales while remaining profitable.

From online to offline

In 2017, Xiaomi made its foray into offline through exclusive Mi stores. The focus on profitability continued as Xiaomi opened stores that were not so large that they hurt the store partner’s profitability; most stores achieved profitability in six months of launch. Today, Xiaomi has 6,000 stores across India and the offline channel contributes to 30 percent of their sales.

The social media angle that bolstered Xiaomi’s rise to the top continues to be a core part of today’s focus. The Mi community today has more than 70 million MAUs and physical fan clubs in more than 25 cities.

On things that worked for Xiaomi, Manu says hiring smart, young and passionate people irrespective of their background helped. “They were never bogged down by what other people or industry experts were saying. They were willing to take risks and do things differently. If you’re looking to disrupt and do things differently then you cannot have the traditional industry mindset.”

The culture at Xiaomi is that of encouraging fast decision making, challenging status quo, and giving an equal platform to everyone to voice their opinion. Xiaomi’s journey has not been one without mistakes and that is something they have ingrained into their work culture.

“It is okay to make mistakes as long as it does not make a huge impact on the overall company, on the value of the company, and you realise and correct it as soon as possible,” Manu says.

Sharing learnings for young entrepreneurs, Manu talks about the importance of having mentors who do not have a vested interest in your company or you, so that the conversations are brutal and honest.

Last but not the least, Manu stresses on the importance of investing in the team and ensuring that good performers grow within the company, from both and equity and cash perspective. Spending time with the team has always been one of the top three priorities for Manu.

“One-on-one or group sessions are not only meant for year-end appraisals but should be a part of your weekly and monthly schedule. And these are not performance reviews but to ask how they’re feeling, how they’re growing and for discussing about stuff informally too, within work and outside work.”

Tune in to the podcast to hear more interesting insights from Manu’s journey of scaling Xiaomi.

Do not delete this container
D2CStartup Journey