Back
Insights By Accel
Episode
46 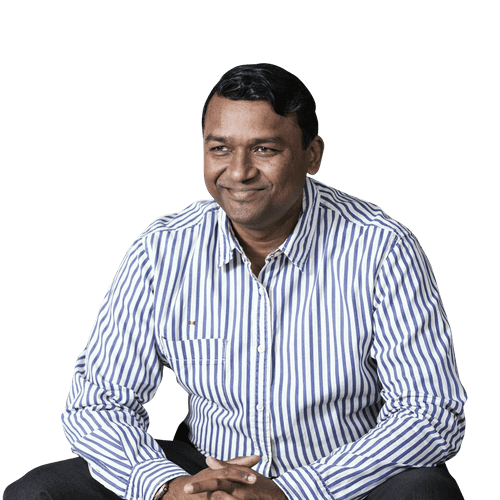 Insights By Accel
#
46
:
Building SaaS business out of India for the Global Market
Mins Read
40 Mins
You can also listen on

We are back with the #INSIGHTSPodcast series, and in this episode, we learn about Software-as-a-Service a.k.a. SaaS from none other than Shekhar Kirani and Krish Subramanian.

Shekhar is a Partner at Accel, focuses on early-stage investments in SaaS and has been involved with Freshworks, Chargebee, Zenoti, ANSR among others. Krish is the co-founder and CEO of Chargebee, which specializes in subscription management and billing. Chargebee today serves customers in 53 countries and processes over 3 billion dollars of annual invoicing by managing millions of subscriptions around the world. Bootstrapped for initial 1.5 years, Chargebee has raised $39 million over the last six years and is comprised of a 400 member strong team based out of 4 countries.

Shekhar explains how the software industry has evolved over the last 40 to 50 years. Initially, software came for free along with hardware, but as hardware got generic, people started buying software and it was almost always on-premise. In the last 15 years, with the onset of cloud, SaaS has emerged as the new era of software- where software is delivered over the internet in a similar fashion as one’s telephone service rather than as a package in a CD.

Krish remarks that software allows businesses to focus on the customer instead of worrying about their IT infrastructure. He adds that the software sector is seeing a dramatic shift in purchasers: while originally restricted only to large enterprises, more and more small companies are able to see software as an operational expense, thanks to the pay as you go subscription model that ensures that software is not a shelf-ware anymore.

“Subscription model is becoming the mainstream way of how enterprises are buying software today”, says Shekhar.

SaaS business can be classified in many ways- based on customer segment (SMB vs enterprise), based on regional focus (India vs SEA vs US vs Europe) or based on domain focus (vertical vs horizontal). For example, SaaS solutions can be purpose-built for an industry (case in point Zenoti for the wellness industry, Carestack for the dental industry) or have a wider use case across industries like Freshworks or Zoho.

“The key to building a SaaS company is understanding a particular customer problem or an inefficiency in an industry and coming up with a better way to do it using software”, says Krish.

Firstly, today software can originate from anywhere thanks to the decoupling of the buyer and the seller. This equal access to opportunity did not exist earlier when buyers required an in-person meeting with the seller before buying the software. Today, anyone anywhere in the world can build a world-class product: case in point Atlassian from Australia or Freshworks from India

Secondly, India promises a much longer runway during the initial days of building your MVP, when you have limited access to capital. Human resource is the largest cost head and being based in India gives you at least a 1:4 cost advantage over global peers.

Krish chips in saying “During Chargebee’s first year, we were based out of one of the co-founder’s homes, hosted on AWS for free and our only cost was that of internet. We were able to take on a company that was funded by a hundred million dollars, out of an apartment in Velachery in Chennai. This kind of level playing field is possible today because of cloud infrastructure and democratization.”

Thirdly, SaaS still needs human assistance, be it in post-sales or customer support and India has a large talent pool available for this thanks to the IT services industry. Indian entrepreneurs can hence offer 24X7 support to their customers, helping differentiate themselves from their western counterparts through a much more customer-centric software.

Fourthly, there is a lot of excitement within the investment ecosystem around SaaS as a category, thanks to several success stories playing out.

“Everyone is excited by cross border Software-as-a-Service companies coming out of India for the global market and if you look at the momentum that is building out over the next 5–10 year horizon, this is a mainstream category. If I’m an entrepreneur today, I would give much higher consideration to start something in SaaS compared to any other space”, says Shekhar.

The several success stories of Zoho, Freshworks, Browserstack, Icertis who have all reached several hundred million dollars in ARR with most of their product built in India give proof points for the possibility to build large scale SaaS companies coming out of India.

Unlike the 90s when software was a one-time sale, the subscription nature of SaaS pricing ensures that the interests of the customer and the software vendor are well aligned. Today, there are over a hundred thousand software companies serving over two thousand categories with over five hundred billion dollars spent on software purchases. The SaaS industry is just one hundred fifty to two hundred billion dollars, so there’s another three hundred billion dollars of traditional on-prem software that needs to be replaced. Another opportunity exists in creating a product for the customers currently being served by custom software solutions built by the large IT services companies. At the same time, new industries are seeing digitization, creating more opportunities for building software.

In terms of liquidity as well, SaaS as a sector offers significant options- from an active M&A market and active interest from venture capital and private equity to fund growth to several examples of companies going public.

Krish ends by quoting Jason Lemkin, “In a SaaS business, once you cross $10M with good momentum, you basically become unkillable because of the recurring nature of the business”

Another Podcast from Krish Subramanian, CEO of Chargebee:

Do not delete this container
SaaSMarket