The overnight success story which was a decade in the making

The overnight success story which was a decade in the making 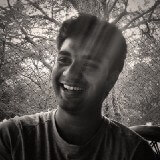 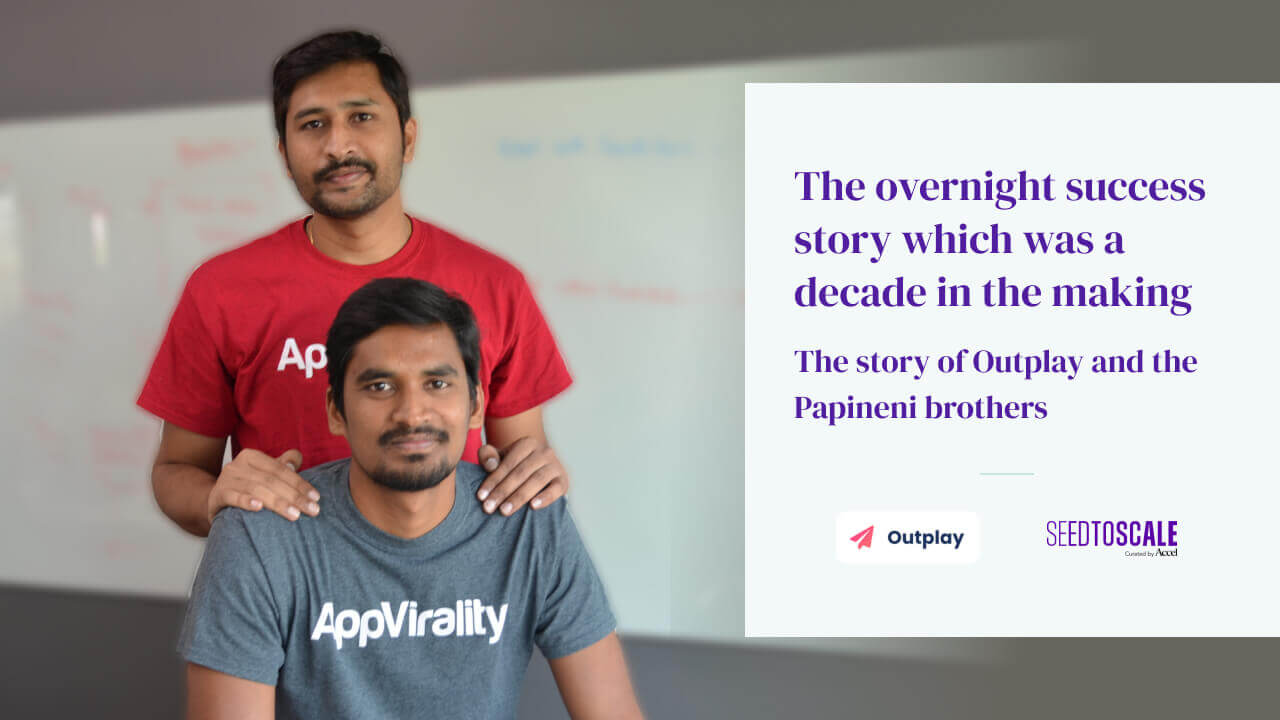 #
:
The overnight success story which was a decade in the making
Mins Read
5 MINS
You can also listen on

“We will have to kill the product. Again.”

This is the ‘talk’ founders dread having with their co-founders and teams. Now imagine having this conversation for the third time with the same co-founder who has stood by your side for almost a decade and built the products from scratch. Also, imagine this product is actually a money-making one, albeit at a small scale.

And yes, that aside, the co-founder also happens to be your brother.

This is what Laxman Papineni faced when, during his first ever trip to the US, he realised that his startup Appvirality wouldn’t fly in that market.

This conversation turned out to be the pivotal one in the entrepreneurial journeys of both Ram and Laxman, the brothers at the centre of this story. Unsurprisingly, Ram had responded with an anguished “why do you have to kill the product always?”. As the tech guy, Ram had spent three years carefully building and nurturing the product, and the thought of pulling the plug yet again was just too much. So much so that he even contemplated breaking up their co-founder partnership that had lasted for a decade.

But the bond of brothers is strong.

“Together Ram and Laxman will always succeed, if they move apart, they will fail”, was the message that their grandfather, now in his 90s, had drilled into them from childhood. And Ram heeded Laxman’s pleas to give him one more chance.

With a promise to break their cofounder relationship up if the product didn’t take off, Ram and Laxman started building sales engagement platform Outplay in early 2019. They launched it in early 2020.

It was also part of the 2020 batch of Accel’s Rebound, a programme aimed at second and third time entrepreneurs.

This month, Outplay raised $2 million in early-stage funding and already boasts over 300 clients in North America and Europe. The brothers are well on their way.

The Outplay story is typical of the many ‘overnight success stories’ we read about.

On the surface, it is about two brothers with a tech background who built a product, found a market in the US, and raised funds. But scratch the surface, and behind the ‘overnight success’ there is a decade-long tale of chipping away at products, making mistakes, struggling with doubt, worrying about family, and yet putting faith in their own abilities to build something big.

A love affair with building products

Ram and Laxman come from a farming family in Telengana’s Khammam district, a region long associated with naxal violence rather than entrepreneurship. The duo’s tryst with products started when they were right out of college, when they were tech bloggers. In those wild west days of online advertising, the brothers realised they could aggregate demand and supply by connecting advertisers with bloggers, and make money through commissions.

They initially managed this process through Google Sheets, Gmail, and Excel sheets. But Ram soon built a proper advertising dashboard where bloggers would share all their relevant details, which would get linked to the blogs’ metrics pulled using Google APIs. Advertisers could filter the blogs based on their requirements and place the ads and make the payments, all seamlessly. This was revolutionary at that time in the late 2000s.

However, boredom and a realisation of the limits of the market led the brothers to discontinue this product and look at new avenues. They began building mobile apps around high-volume Google searches, building a micro product around PNR status checks, and another to find bank IFSC codes. The PNR status check product, in fact, reached a scale of 30 lakh to 50 lakh searches a month, and the brothers continued making money with Google Adsense.

All this time they had built a number of products, but they had never built a company.

“We realised that even with all this success, no one recognizes you, no one knows you (without building a company). So we said let's get into startups and build an actual business,” recalls Laxman.

While building the mobile apps, they had used online sweepstakes and competitions to win over users. This was something that they had seen international startups use with good effect.

However, Indian online companies had not started using these well. The issue, Laxman says, was that marketing teams depended on tech teams for building the product and making changes. This was cumbersome and complex. The brothers thought of building a product that would let the marketing team easily create and manage such online direct marketing campaigns. Thus was born Appvirality, their first startup. It was part of the Microsoft Accelerator Program and quickly found customers among the rapidly growing Indian B2C ecommerce companies.

By the time they made their way to scope the US market, which was their end goal, they had built an enterprise sales cycle product that needed a sales person to do the job of selling the product to clients in person. Such a business model needed heavy investments and VC money, and the market wasn’t that large. The company had reached about a couple of million dollars in revenue, Laxman had travelled to the US for the first time, and was speaking with potential clients. They had by then spent four years on this product, when they realised they wouldn’t be able to find scale with it.

Which is how they found themselves on square one again in 2018—starting up from scratch.

The stakes were higher this time around. Both had young families and they had told them and their parents one too many times that they were going to shutdown and startup again.

Back to the Future

They went back to their first Chrome plugin that Ram had built for managing their blogging advertising business. While they had used the product during their blogging days, their Appvirality sales team had used a similar product made by another company.

“We knew the value of the tool, and over time it had grown into a category by itself, with companies in the space raising over $250 million and some becoming unicorns. In 2008 there was no product like this. We realised now was the time to build a sales engagement product. We knew the space, had already built a similar product and had used products of other companies. We understood the gaps,” says Laxman, on the launch of Outplay.

Learning from their mistakes with Appvirality, Laxman and Ram started out with a focus on building for the US market.

“With Appvirality, we got carried away by the interest shown by Indian customers and in all the time we spent on building a product for these Indian brands we we were never thinking about how to take it to the US or on what people would think in the US or how to sell this in the US. We had put absolutely no thought,” recalls Laxman. “We were first time founders and didn’t know a lot. We didn’t even know terms like TAM. We had built products and knew how to make money. But we had never run a professional company.”

Laxman spent over six months just talking to a number of decision makers in US sales teams to understand their challenges, and what they liked and didn’t like about the sales engagement tools they used. It became clear that the product they had in mind, Outplay, ticked all the boxes.

The total addressable market was estimated to grow to over $8 billion, and it was large enough that even a smaller market share could result in a unicorn, Moreover, it was something they could sell over a Zoom or Skype call, and the the initial price could be set low enough for a user to sign up immediately using a credit card.The product also did not require an intense integration process. And lastly, VC money was not really necessary to build it out as the product would generate revenues from the start.

“We decided we need to get to at least $20,000 in monthly revenues before we talk to anyone about it. No one even knew that I was building this because we were so embarrassed after killing (products) so many times. We just didn’t want to let anyone know,” says Laxman.

However, the universe had other plans. Just after launch, Accel’s Avinash Raghava reached out to him about Seed To Scale’s Rebound program, a five-month mentoring and peer-learning programme built for mature entrepreneurs. Laxman had previously seen the value of being part of a community, and immediately saw the value in Accel’s program.

When the program ended, Laxman had around $14000 in MRR, only $6k away from the target he had set for themselves. But when Accel put out the names of the Rebound cohort online and on social media, Laxman’s phone and inbox started buzzing with calls and messages from potential investors. The duo decided to respond to the inbound interest.

By the time they finalised the $2 million investment this month, Outplay had surpassed their revenue targets easily.

The startup has now grown to 30 employees, including 4 in the US. With a growth rate of 5x in a year, it is no wonder that Laxman is confident about the future and is focusing on building a strong team and consolidating growth.

Much too often, in startup life we celebrate the outcomes. As can be seen in Ram and Laxman’s startup journey, we should also be celebrating the journey itself, a journey that can seem meandering, where doubt and hope are fellow travellers.

But, as the brothers have shown us, there is a real chance to make magic along the way.

Do not delete this container
SaaSCommunity

Home
Content Hub
Podcast
Jobs
Search
Thank you! Your submission has been received!
Oops! Something went wrong while submitting the form.
Sairam Krishnan