Back
Insights By Accel
Episode
4 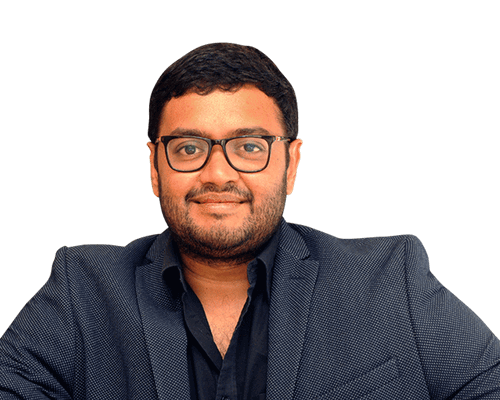 Insights By Accel
#
4
:
Turning Failures into Success: The Making of Swiggy (Part 2 of 2)
Mins Read
29 Mins
You can also listen on

For Swiggy’s Sriharsha Majety (Harsha), the entrepreneurial journey has been quite bumpy. The initial run with Bundl as a 2-person company wasn’t as successful as they had expected but things got better as their vision became clearer. In fact, it is Harsha and Nandan’s ‘never-let-go’ attitude led to the making of Swiggy.

The Makings of Co-founders

Building the idea of their second venture into a possibility required expansion. While Harsha found one of his co-founders in a friend from BITS-Pilani days, Nandan, the difficult part was to find the right technical co-founder. This was also one of the reasons why they had to shut down their first venture, Bundl.

The past experiences made them hunt for a technical co-founder before starting Swiggy. Even though Harsha came from an engineering background, he felt that it was better to have someone with hands-on experience in technology.

“Finding the right technology partner is a challenge that all founders and co-founders face these days. With Bundl we decided to hire a contractor. But, that didn’t work out well,” says Harsha.

Both, Harsha and Nandan were clear that they wouldn’t repeat the history of starting without a co-founder. They did not want to hire part-time employees and nobody was willing to devote their complete time and effort to a new venture. They needed full-fledged individuals willing to go the extra mile.They waited patiently to find the right person until a friend suggested Rahul Jaimin, a developer.

Getting Rahul excited about their idea took numerous meetings and chats. But even then there were roadblocks. He still had to serve his notice period. Following this, a personal crisis almost swept Rahul away. But soon Rahul was back in the game and became the third co-founder of Swiggy.

One of the main concerns of the entrepreneur is the division of roles between the founders. In Swiggy’s case, Harsha was clear about his tech co-founder since the beginning. But, there were no set rules when it came to dividing the roles between him and Nandan.

According to Harsha, it is relatively easy for founders who have known each other to work with each other.

“We had known each other for a while and that helped us coordinate and organize work. We knew each other’s weaknesses and strengths, so we decided amongst us what we are going to gravitate to. At first, we split the operations amongst us, but after some time, he (Nandan) took over sales full-time and I, operations.”

So, what’s more important: skill or friendship? In Harsha’s case, he had faced both the situations. He started with a friend then went on to find a technical co-founder. According to him the most important thing is the understanding between the co-founders in each other’s vision and finding joy in doing so.

Speaking of his relationships with both, Nandan and Rahul, he says, “There is no right answer to whether or not starting with a friend is a good idea. I guess, knowing Nandan helped me because it helped us work with each other. Of course, we have our differences, but that is okay. Even with Rahul, I think we had a common tendency of being grounded, and going after what we wanted in life.”

He also thinks that contradictions are bound to happen — one must find a way to work it out in order to help the company. The key here is attaining the balance of calmness and ferocity in the team.

Also, the understanding between co-founders plays a crucial role while dividing the equity.

Entrepreneurship: Not a One Man Show

Harsha believes building a company single-handedly is a herculean task and might lead to many misses. He suggests 2 to 4 is a good number for co-founders in a company.

When it comes to deciding on choosing the CEO, Harsha says, “I am a strong believer in being equitable and not equal.” Recognizing individual contribution to the company is and what helps the company grow are significant factors in establishing the equity divisions. And most importantly, all the co-founders must be clear and agreeable to it.

An important skill that Harsha thinks every CEO must possess is that of storytelling. Whether it is inspiring people while building the team, convincing investors in believing the dream or, energizing the team every Friday, storytelling definitely comes to aid. Not just weaving stories but being resourceful is another basic characteristic for CEOs. Resourcefulness is a necessity not just while networking but also while building relationships. And curiosity definitely helps in being resourceful. Harsha believes it’s all about learning as you go about building a company.

“You should be humble enough to actually accept that you don’t know everything and you must have that curiosity to learn. For me converting that drive helped me in entrepreneurship,” he concludes.

Eventually, having the right mix of traits with a great team is what makes a successful entrepreneur.

You can listen to the first part here

Accel shares such interesting entrepreneurial stories, with informative tips and tricks to run a business. Follow the links below and subscribe to our #InsightsPodcast Series using the following links: iTunes, Twitter @Accel_India, Google Music: (US & Canada Only)and the RSS feed