Back
Insights By Accel
Episode
6 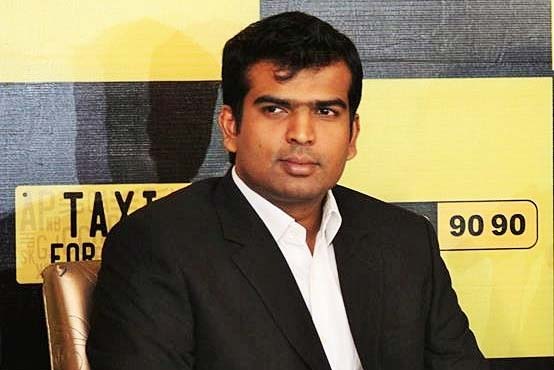 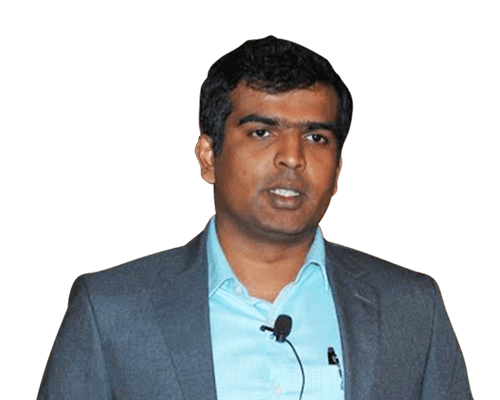 Every entrepreneur has gone through the dilemma of quitting a well paying, full-time job and starting up. It is not as easy as it sounds and requires much thought before taking the plunge. In this episode we chat with Raghu, co-founder of TaxiForSure on his journey with TaxiForSure and particularly the early days and how they went about evaluating the market opportunity

Is The Opportunity Real?

Raghunandan G (Raghu), founder and former CEO of TaxiForSure (TFS) was struck with the idea of starting a local car rental service. It was all about solving the issue of booking cabs for the masses in India.

Recalling these early days, Raghu says, “When me and Aprameya (his co-founder) came together, we were both working in our respective companies. We were getting paid well, and I used to be a consultant and Aprameya used to handle business development. We got the idea in 2010, but we didn’t quit our jobs and were still having second thoughts about why no one else had implemented this idea.”

The problem was quite evident in front of the founders: the difficulty of booking a cab. However, they wanted to be entirely sure about addressing the right issue.

“Before we moved ahead with the plan, we decided to do a survey. We went around asking people on how they were finding cabs, was it easy for them, were they happy with it. We asked people who were frequent flyers, people near shopping malls, and other people who were regularly commuting. We garnered around 2000+ responses and from the feedback, we got to know that 92% of the people were not happy with the existing cab solutions and that is when we realised that it was a good problem to solve,” adds Raghu.

However, it was still a long road before they could implement the solution. They got in touch with people who had given them feedback and presented them the solution - only as a PowerPoint presentation - and they loved it. They did this to build their conviction, and once they had that, they quit their jobs and started giving life to the plan.

Being an entrepreneur means being open to opportunities, but one also has to be sure that the opportunity exists in the market. For Raghu, it was about being convinced enough to jump into the market because the opportunity cost was significantly high. “This is why we did that survey and later presented people with the solution. Then we looked at Justdial for the number of cab aggregators and made calls to figure out how many people would respond. In a city like Bangalore, there were 1,200 taxi operators, on an average each one of them had 10 cabs, and they used to do maximum 2 or 3 rides a day. The cab guys were unhappy because they were not getting enough pay, the customers were unhappy because they were not getting cabs. The market structure was in such a shape that none of the parties were happy.”

When they started in 2010, many other services like Uber, Hailo, MyTaxi etc., were also starting up around the same time, across the world. However, the concept was relatively new in India. Raghu saw this as an opportunity, and he thought that being a cab aggregator would be a unique edge for their business model.

Is it a Large Opportunity?

Raghu and team looked at both supply and demand side and understood the size of the opportunity. They were able to size the number of cabs available (supply) by looking at data such as number of taxi operators and commercially licensed cabs in Bangalore and then across the country.

On the Demand side, based on their surveys and also looking at data such as number of travellers to/from airports (since cabs to airports is a key market segment), they were able to estimate the size of the demand.

“We picked up the taxi operator services in Justdial and figured out what is the average number of cabs that they have, how many were shared, how many were registered with RTO? Then we looked at the supply and the money they were making and estimated how much they could make. We also looked at the flight frequency and the demand of cabs towards the airport. After all that was done, we decided to measure and figure out if we could solve this mismatch and realised that we could.” adds Raghu.

Based on their estimates, it was a large enough market opportunity across the country and all they had to do was to build the technology enabled marketplace to connect the demand and supply purely through aggregation without having to own any cabs.

Relevance of the Business Model

Picking the right business model that can scale is very key. TFS once they concluded they wanted to be an aggregator of cabs could have gone with either working directly with the cab drivers or with taxi fleet operators. They picked working with operators as their model for a few reasons:

The operator led business model led TFS to focus on its core technology and building the marketplace and more on the demand side since the operator model was able to bring enough supply of cabs into their system.

Market is the Best Teacher

He believes that their openness towards the teachings of the market helped TaxiForSure in disrupting it. Once you have an insight, it is essential to experiment with the solutions. The rest can be learned from the market.

Competition: There is no fun in flying solo

While it is the best thing for any entrepreneur to have a competitive advantage in the market, it’s no fun being the one and only company in a space. Entrepreneurs should realise that competition is always healthy and it helps you grow, learn and innovate.

Raghu describes competition as the “best thing to ever happen.” He credited competition for the growth of TaxiForSure and felt that the competition in the market led to the increased usage in taxis. “Competition is the biggest thing that has really happened, if not for that we would not have grown the way we did. We were extremely agile because of the competition,” he adds.

Some Advice For Entrepreneurs

As a entrepreneur, who exited his business successfully and now an active angel investor, Raghu has a few tips for first time founders:

In conclusion, Raghu had one last advice for entrepreneurs and founders, especially first-timers — focusing on the core. “Focus on your core and hit it out of the park, be very nimble, be very agile.”

Do not delete this container
ConsumerMarket