How Zetwerk is Changing Product Sourcing in the Global Manufacturing Industry

How Zetwerk is Changing Product Sourcing in the Global Manufacturing Industry 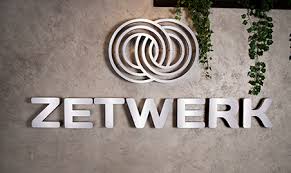 #
:
How Zetwerk is Changing Product Sourcing in the Global Manufacturing Industry
Mins Read
9 Mins
You can also listen on

‍ I met Amrit and Srinath at our Koramangala office in November of 2018, after one of our portfolio companies connected us. I was impressed by the team and the solution — the next step was to bring them to present to our partnership — and in less than 10 days we had a term sheet for Zetwerk. Lucky for us, the founders decided to partner with Accel.

During our diligence on the company, we spoke to a number of experts in the industry. Most of them said Zetwerk will be a small business. But all of them acknowledged that this was a need (a painkiller not a vitamin). That was the moment of truth for me, on one hand, experts saying this won’t work and on the other hand, a brilliant team trying to upend supply chain in a centuries-old manufacturing industry. I’m glad I made the right choice.

Zetwerk was started just over two years ago, and we have come a long way since then. And yet we have an even longer way to go in making the company built to last. But, I think the Zetwerk story is one to be shared with the rest of the entrepreneur community. So we recently spoke to Amrit to discuss how the idea for Zetwerk came about, their pivots along the way and what some of their critical learnings have been so far.

Friends that set out to change the world of manufacturing

For the Zetwerk founders to come together, a few things took place fortuitously. Amrit and Srinath became friends during their IIT-Madras days when they not only shared the same hostel but also visited Singapore together for an exchange program. The camaraderie continued for the coming years when both were recruited into ITC in the same division.

During Amrit’s stint at ITC, he was building a factory and would deal with multiple suppliers at different times. That’s when he realized that it was a pain point for project managers to deal with 100–200 suppliers. At that point in time, they used excel sheets to keep a tab. There was no software to make the job easy.

He wondered if there was a way to automate and organize this — to provide a consolidated view and aggregate the database. However, after spending over four years at ITC, Amrit took a detour and moved to the US to pursue an MBA. And post graduating, he took up a job at McKinsey in the US. But, Amrit wanted to build something of his own and decided to move back home.

“The first person I called after I landed in India was Srinath,” recalls Amrit.

They revisited their conversations about wanting to startup in the manufacturing space. “Our journey of being friends for 10 years had a logical conclusion when we decided to start up together,” adds Amrit. While he had the experience on the demand side, Srinath brought with him his supply-side expertise from OfBusiness and Blackbuck coupled with a background of his family business in manufacturing.

They decided to create a software that could help organize supplier databases for large manufacturers. But before working on just a theory, they wanted to get some on-ground research done. “Us coming together was a good convergence but the idea was too theoretical. We wanted to get some on-ground research done,” says Amrit. The duo began talking to manufacturers and suppliers in Delhi and Chennai.

When they visited large manufacturing companies such as L&T, General Electric — Amrit says they did not throw them out of the building despite being young upstarts, which seemed like a good beginning. Some of the executives agreed that they needed such software.

“One L&T vice president showed me his email inbox that it’s 9 am and he already has 100 emails from suppliers that he needed to respond to — talking about the difficulty to manage high volume manufacturing with the existing tools they have,” says Amrit, recalling this incident which gave them the confidence to go ahead with their idea.

Amrit started working on the idea full time, while Srinath joined him a few months later after leaving Blackbuck. They were joined by two more founders — Rahul and Vishal. While Rahul had worked with Srinath at Blackbuck, Vishal was a colleague of Amrit and Srinath from ITC and was subsequently with Rivigo.

The search for PMF (product-market fit)

The founders took over a year to hone their product offerings. What began as an idea to organize the supplier database for large manufacturing companies has now morphed into Zetwerk’s current offering: a B2B platform for custom manufacturing.

They had several revelations on the way and pivoted accordingly.

When Zetwerk was founded in December 2017, their first idea was to organize suppliers for companies. After a seed round in May 2018, the team spent three months building the software. They approached clients yet again, this time with the product offering and while the feedback they received was good, they were faced with two major challenges:

During the course of the journey, the most common question manufacturers asked was if Zetwerk’s software could be used to discover new suppliers. This seeded the idea that the founders could use their software to aggregate a pool of niche suppliers to be discovered by manufacturers. The founders spotted an opportunity in pitching Zetwerk as a discovery platform for niche suppliers.

Srinath along with the assistance of an intern traveled across the country to onboard suppliers. Vishal took care of onboarding customers. Rahul built the first version of the Zetwerk product. The idea was to build a price bidding engine where the input was an AutoCAD file which would then be available to the network of suppliers who can then estimate the price.

“We used to collect 200–250 data points on the supplier before onboarding them,” recalls Amrit. “The data points included capacity, machinery, capability, quality, past experience, vintage, etc.” They were able to onboard some 50 suppliers through this process.

This is how they solved the first hurdle and pivoted from a software company to a B2B marketplace.

Excited with the iteration, Zetwerk founders began their journey. Customer acquisition was picking up momentum and the quantum of orders coming in made them confident of their decision. Order values skyrocketed to Rs 10 crore per month. This was around the same time Zetwerk was in talks to raise a Series A round with Accel. The diligence process was on as we spoke to their customers and suppliers.

“Due diligence with Accel was a lot of fun and big learning for us. Some of their questions made us think about ways to approach our business,” says Amrit.

"Their questions also demonstrated a strong understanding of the B2B sector, perhaps from their experience with other portfolio companies."

In December 2018, Zetwerk closed a $9 million round co-led by Accel. Things were looking up for them.

But soon came another realization: while they were getting orders after their pivot, the suppliers on their platform were not able to execute them on time. The reasons for this ranged from them having capacity/capability gaps and financing troubles to logistics issues.

They realized they couldn’t continue as a pure-play marketplace. This was when the next pivot happened: To position Zetwerk as a supplier to their customers, and then once they receive the order, they will delegate it to the suppliers on the platform. This way, if there’s a large order, it could be spread across multiple suppliers — they were able to develop speed. The concept of “parallel manufacturing” emerged.

“While this seemed like a simple thing, it was a real innovation for this industry,” says Amrit. With the previous model, even though they got orders worth 10 crores every month, the execution was taking a backseat. But with the new model, these orders actually translated into revenue.

Accel has continued to guide Zetwerk along its journey.

“Accel has made the full partnership available to us. This has played a big role for us from the early stages — right from taking advice and their wealth of information on the sector to their contacts with banks and NBFCs that have helped us with working capital needs. This was especially helpful when we were starting out because an introduction from Accel during the early stage helped us immensely,” says Amrit.

Even as they were focused on fulfilling and growing domestic orders, Zetwerk received their first international order from Singapore in September 2018 — just three months after the existence of the marketplace. This was followed by another order from Bangladesh.

Ever since then, their orders were a good mix of Indian and international without having a channel that focused on generating overseas orders until they raised their Series B round at the end of 2019.

Come December and Zetwerk decided to give their international opportunity some serious thought. They set up a small sales presence in North America and some channel partners in Europe. Since then, the company has received multiple international orders, which is around 5% of its overall business.

The response they have received made it even more evident that it was a strong product-market fit. One of the strategies that worked well for Zetwerk is that they focused on becoming category creators rather than going after what already existed.

“Some of them are very obvious products which we take for granted but the whole supply chain gets built. These categories don’t have a lot of competition but the opportunity is sizable for India to become the base — a preferred manufacturing destination — often for the first time for these customers,” adds Amrit.

As Zetwerk grew on a massive scale within two years, Amrit says it brought along multiple challenges which led to several learnings.

We at Accel are excited to be part of Zetwerk’s journey.

You can send me your startup idea at prayank@accel.com.

Do not delete this container
B2BProduct

Home
Content Hub
Podcast
Jobs
Search
Thank you! Your submission has been received!
Oops! Something went wrong while submitting the form.
Prayank Swaroop