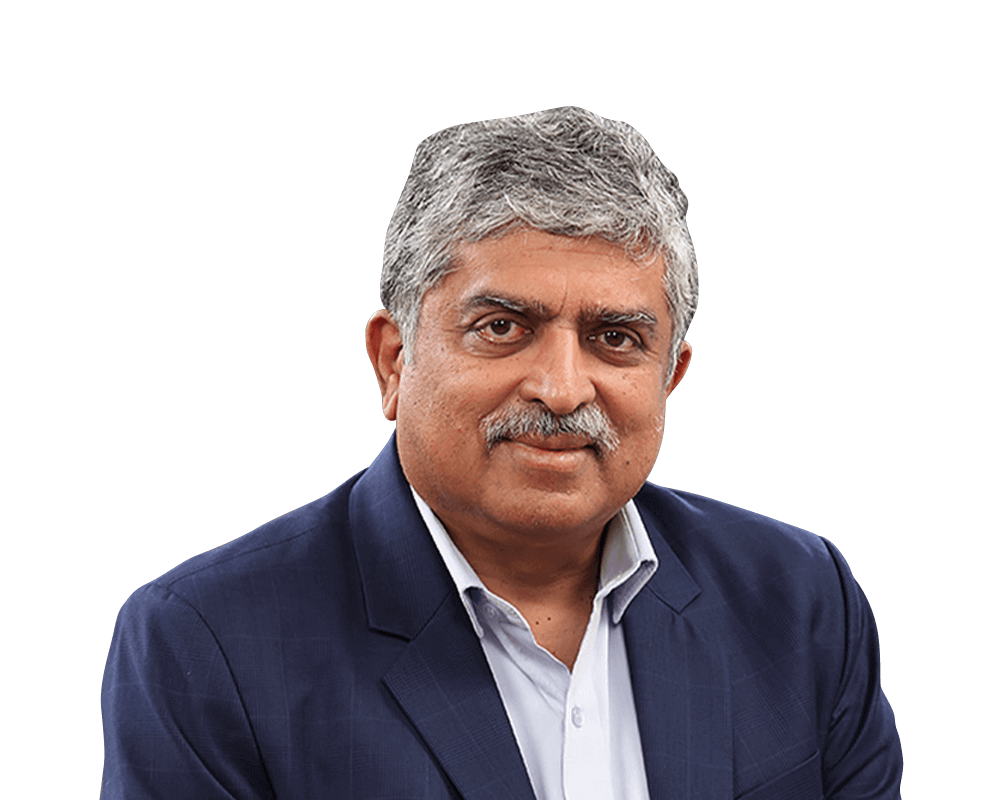 Nandan Nilekani is a successful Indian entrepreneur, who is the co-founder of Infosys and serves as a non-executive chairman. Infosys is a multinational company based in India that provides business consulting, information technology and outsourcing services. He was the chairman of India's Unique Identification Authority, which is a government organization. After an illustrious career at Infosys, he headed the Government of India's technology committee, TAGUP.

Nandan Nilekani - Education: He was born on 2 June 1955 in a Konkani family in Bangalore, Karnataka. He holds a bachelor's degree in electrical engineering from the Indian Institute of Technology Bombay.

Nandan Nilekani started his career in 1978 at the Mumbai-based Patni Computer Systems, where he met N.R. Narayana Murthy. In 1981, Nandan, Murthy and five others left Patni to start their own company, Infosys. Nandan Nilekani became CEO of India’s most successful IT firm and remained in this position until 2007 when he relinquished his position as CEO so that Kris Gopalakrishnan could take over while Nandan took up the role of co-chairman of the Board of Directors. Nandan led Infosys to unprecedented heights during his five-year tenure as CEO, growing its topline six-fold to $3 billion.

In 2017, Nandan Nilekani returned to Infosys and helped reorganize power from California back into its Bengaluru headquarters. Nandan teamed up with Ratan Tata in his philanthropic efforts, investing Rs 50 crore into Avanti Finance. This NBFC is focused on microloans for the rural population across India. In 2015, the tech-savvy couple, Nandan Nilekani and his wife Rohini founded EkStep as a not-for-profit to improve basic literacy skills such as reading and writing.

Nandan Nilekani is a serial investor who has invested in around 12 start-ups.

·  Corporate Citizen of the Year at the Asia Business Leaders Award organized by CNBC in 2004.

·  Awarded one of India's highest civilian honors, the Padma Bhushan, in 2006.

· Time magazine placed Nandan Nilekani in the Time 100 list of the World's Most Influential People in 2009.

·  The 'Legend in Leadership Award' by the Yale University in November 2009. He is the first Indian to receive the top honor.

·  Awarded Doctor of Science (Honoris Causa) by IIT Bombay during the Institute's 57th Convocation, in 2019.

Nandan Nilekani’s net worth is estimated at around 270 crores USD as of 2021.

Nandan Nilekani, the co-founder of Infosys, tells us about how his time at IIT-Bombay honed his skills, growing Infosys, working on the UIDAI project, and why the ‘thinker-doer’ approach works with Anand Daniel, partner at Accel, on the #INSIGHTSPodcast2019 series.

“Slowly, ideas lead to ideology, lead to policies that lead to actions.”