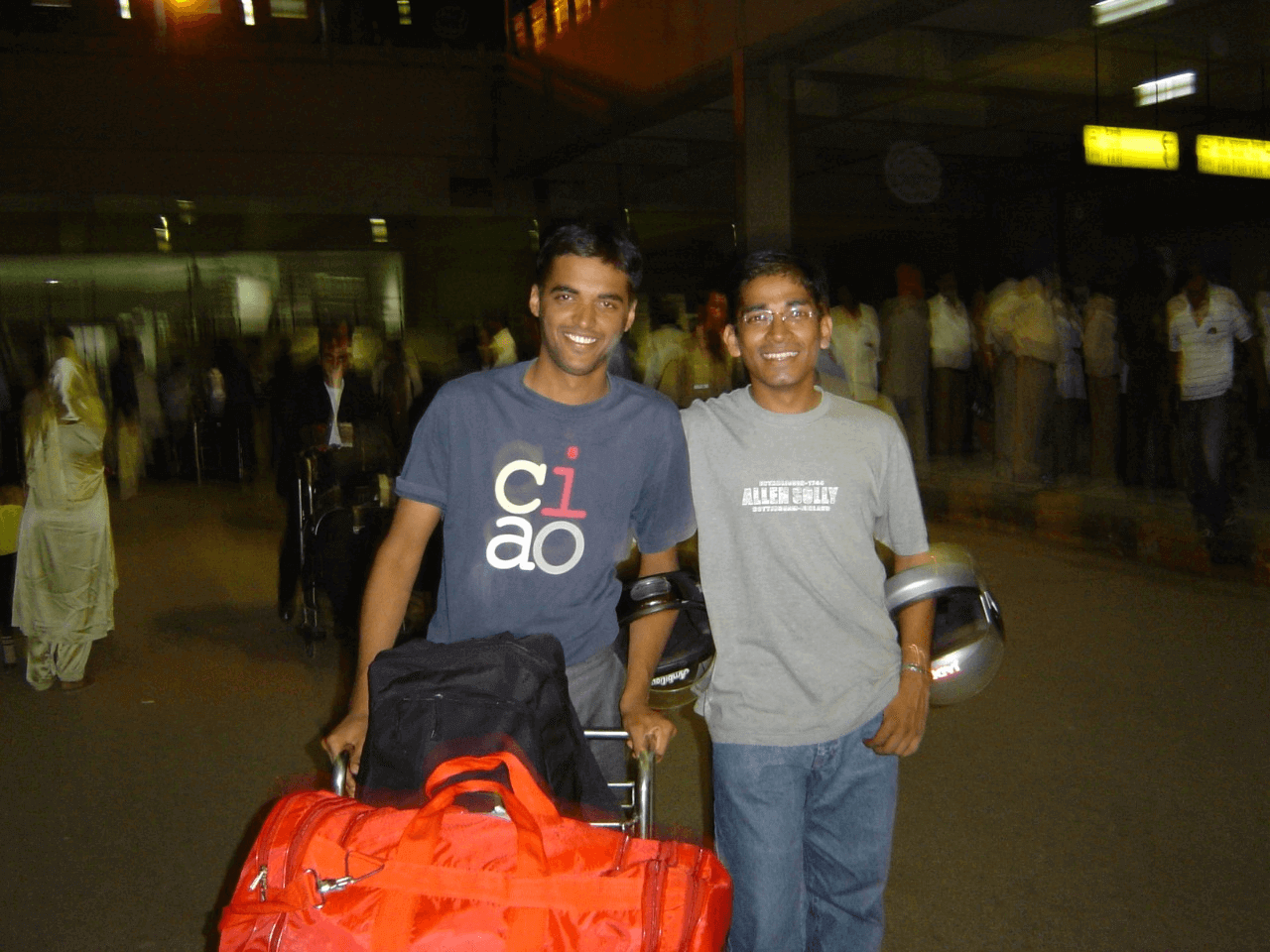 #
:
The Partner Series: From Aspiring Entrepreneur to VC Partner with Prayank Swaroop
Mins Read
6 Mins
You can also listen on

We first met Prayank, two-piece suit and all-parts passionate, on a hot and sunny afternoon in the middle of a busy hawker street somewhere in Singapore. As the city buzzed with life, it seemed he, too, had come to life with potential. This is how a “too-young” product manager tasted all that the market had to offer before determining and nurturing the next big startup that could change the way people lived their everyday lives.

Prayank tells us the startup seed was first planted in his brain while he was completing his education and computing in Mathematics and Computing at IIT. Of course, at the time, the Indian ecosystem looked nothing like it does today, but he wanted to change that — or at least get a look at the view from behind the startup wheel.

In college, like many of us with Buffet dreams but dropout-Jobs experience, Prayank attempted to make numerous startups work. From a product development outsourcing company to developing software for pathology labs, he dipped his feet in the startup waters pretty young — a recurring theme in his journey to destination Accel — only to realize just how difficult managing a team and developing a product really were. Despite the fact that everyone involved was a class topper, things started to roll downhill pretty quickly.

Not only did he identify just how important it is to truly understand the complexity of a product, he discovered that building a team with the right people was even more imperative. Back then, excuses were aplenty but meetings a few; one team member would have an exam next week and another a hot date with his girlfriend. The startup, therefore, would obviously have to be placed on the backburner. It is perhaps this experience that majorly influences his decision-making as an Accel partner today — Prayank truly understands just how much a team can hinder (or enhance!) a world-altering product.

Now, just because Prayank dabbled in the startup game does not mean he discovered his way to us right out of college. Instead, he wanted to learn everything he could about running a business and therefore found himself in many challenging and diverse roles during the formative years of his career prior to joining us: first, as a software engineer then, notably, as a product evangelist at Adobe. When Adobe was looking for a product evangelist who had ten years of experience, how is it that three-years experienced greenie Prayank landed the job instead?

The answer lies in what he now looks for when searching for talent — great word of mouth. He had his team put in a good word, and because of his impeccable work ethic and dedication, he was plopped into a team of 35-year-old business sages as a 22-year-old newbie. He tells us that his experience as an evangelist showed him the value of international exposure and working hard at your hustle until it pays off — only to work harder when it does.

Following his time at Adobe, Prayank of course had to follow at least one path commonly taken — earning his MBA. After his stint with B-school and two years after the 2008 crisis hit, though every bone in his body wanted to live that startup life, he knew it just wasn’t the time. Fresh out of Indian School of Business, while all his peers took up consulting roles from on-campus placements, Prayank decided to revert to playing black sheep once again, working as a project manager for Standard Chartered bank in Singapore — a job he landed off-campus. In the midst of launching the iPhone 3 as part of the bank’s innovation team, he recognized, yet again, just how tedious it was to manage a group of people. With a 40-person team and a penchant for getting lost in the latest video game to hit the market, he pivoted to play the role of product manager, before he realized he was destined for far grander things.

It was then, during this quarter-life crisis, that he happened to have a conversation for old time’s sake with roomie Sachin Bansal of Flipkart fame, who duly informed him that we were looking for an associate. One phone call later, Prayank was connected to partner Subrata Mitra, entrepreneur turned Accel veteran. A video interview followed and a meeting on the bustling roadsides of Singapore was arranged with another partner, Mahendran Balachandran. Fast-forward a six-month metamorphosis period, and Prayank was finally a senior at Accel, plonked at a meeting in a 10 by 10 room with the three-person TaxiForSure team and Accel partner Anand Daniel, wondering what in the world makes a good revenue-churning, profit-incurring, mean startup machine.

After identifying and working with some of our biggest and baddest (BookMyShow, Bizongo, CareStack, Cure.Fit, OnsiteGo, Mechmocha, and Zetwerk to name just a few) for the past seven years, we think he’s found the answer.

Now, he’s got four key takeaways for anyone looking to get his attention or identify the next 10 billion dollar company.

1. Integrity and hard work is where it’s at. If you’re an ethical, respectful, passionate founder, you’re bound for the stars.

2. Learnability is key. Just about anyone can have and believe in a good idea, but do you have what it takes to become CEO material if you aren’t already? Prayank believes the teams with the greatest efficacy always have founders or CEOs who can learn quickly and know how to process feedback. That raw, childlike drive and the desire to never stop learning make founders stand out from the crowd.

3. Storytelling is just as important as leadership. Persuade people of your brand’s narrative. Build meaningful characters (your team) and tell us about their journeys. Convince your customers of your startup’s magical, eureka moment and the challenges it has faced but how it still stands here today, victorious. Show us that there is poetic justice in your brand story.

4. Execute, execute, execute. Once you’ve got the foundation all laid out, there’s nothing holding your startup back from moving forward except flawed execution. Plan meticulous, build clever, and pivot strategic.

So what’s Prayank looking for now? To change the way the world runs. After observing some of Accel’s successful investments, he knows exactly what it’s like to transform how millions of people go about their daily activities, and even better, how to simplify those seemingly small but incredibly meaningful tasks. Whether it’s changing the way you order your Friday night takeaway (a couple of clicks or a long, annoying phone call? We’d pick the former) or your daily commute (hola, Ola), Prayank has an eye for revolutionary startups in mobile, consumer internet, and digital media — and he’s always on the lookout for the next big, bad unicorn that can break through even the toughest barriers to entry.

Do not delete this container
Accel UpdatesProduct