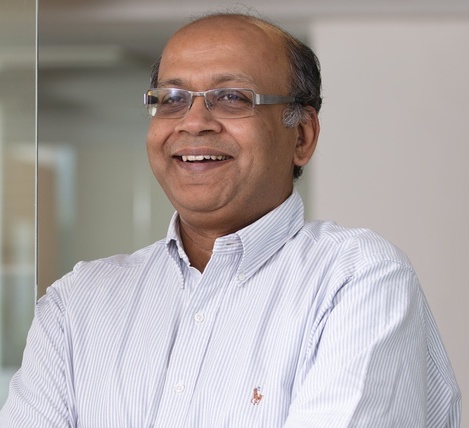 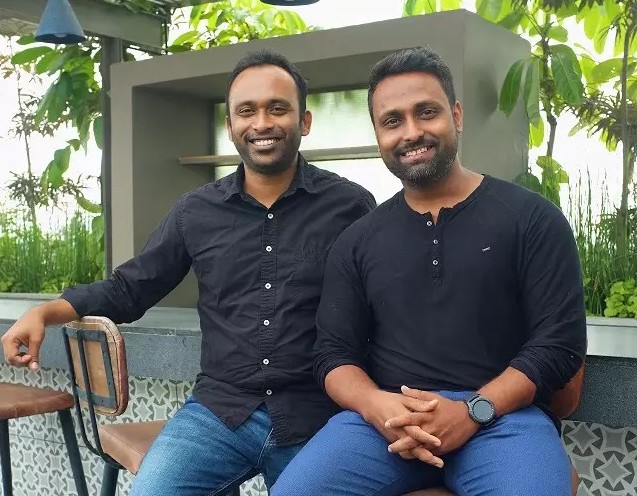 #
:
How two friends from 20 years ago started SpaceJoy to help people design their homes
Mins Read
6 Mins
You can also listen on

When Flipkart acquired Myntra in 2014, little did the founders of SpaceJoy know that it would nudge them to start a journey of their own. Even though Arnab and Vinay were friends during their engineering at NIT, the two lost touch and did not think they would someday end up working for the same company: Flipkart. One day following the acquisition, Vinay spotted Arnab at the Flipkart office and was both in equal parts surprised and thrilled to reunite with his old buddy. They decided to go for a walk and ended up swapping horror stories of the trouble they were going through while getting their homes designed. Whether it was the execution of the designs or the placement of the furniture, there was a mismatch of expectation versus reality. Having spotted a problem, they started tinkering with the idea to start a full stack service from design to manufacturing while they continued to work at Flipkart.

“After the business grew beyond a certain point — I think we hit almost Rs 50 lakh in revenue — we knew we had to quit our jobs [at Flipkart] because a lot of money was at stake,” recalls Arnab.

And thus began their journey. Arnab and Vinay ventured into the home design segment through their first startup Homefuly.com which helped them understand the nuts and bolts of running an interior design startup. This prepared them well to eventually launch their second startup SpaceJoy: an interior design provider that offers design services online and in 3D.

Homefuly to SpaceJoy: From the India market to the American market

What Homefuly — a full stack interior design service — helped Arnab and Vinay achieve was years of experience in the design market that prepared them to launch SpaceJoy. Their ideas worked and people were willing to pay for it — Homefuly clocked $1 million in GMV. However, even as the numbers of their Homefuly business clearly demonstrated the success of their company, both Arnab and Vinay, thinking of a larger problem in the future, were bogged down with one question:

How can we solve this problem in a way that can be more scalable and serve customers better?

“We wanted to take a more focused approach and solve the most pressing problem for a large customer base rather than solving all the problems for just a few customers,” says Vinay.

Despite high revenues flowing into their company, Arnab and Vinay took the difficult decision to restart their startup journey. They made a pivot from Homefuly to SpaceJoy in 2019 which would provide online 3D designs services to customers helping them envision their homes better and have a smooth purchasing experience as well. It would also help designers convey their ideas better and a seamless conversation between the two parties.

This was a result of Vinay and Arnab narrowing down the problem statement. They realized that the designer was being limited by the capabilities of their software.

“We saw that there was a lack of a technology platform software dedicated solely to the interior design space. While there were some sophisticated design software that designers used but they were complex and time-consuming which created friction between the designers and customers who wanted to see unlimited options before making a big investment,” says Arnab.

They also uncovered that home design was an ideal market for 3D disruption due to an imagination gap: More than 40% of customers decide against decorating their place because they can’t visualize the products in their space.

They further realized that this was a global problem and by leveraging India, they could offer interior design services to the US customers — especially because there was a major need for such a service in the US where everything was moving online.

Reasons to choose the US market:

When Arnab and Vinay conducted their market study in the Bay area, the east coast and the midwest, they were greeted with a positive response. “When we demonstrated our product, it was as if everyone was looking for a solution like this,” says Arnab, talking about how they found an early product-market fit.

The common connect: How SpaceJoy and Accel met

It was Shamik Sharma, the former CTO of Myntra (now with Cure.Fit) who became the common connection between Accel and SpaceJoy. This isn’t known to many people, but Accel had a startup incubator program called CraftWorks which was run by Shamik and the idea was to find innovative products and companies. Through the program, we found two startups to invest in, one of them being SpaceJoy. The program shut down eventually, but at Accel we have been thinking about restarting an incubator/accelerator program for a while now.

Why Accel invested in SpaceJoy?

I keep looking for consumer companies that really want to understand the nuances of their users and consistently improve on customer experience. This is what stood out to me with both Arnab and Vinay. The founders were deeply aligned to the customer’s viewpoint — something they had understood from their Myntra journey and experience. That intent came through during my very first discussion with them — they spoke about what the metrics indicated, how to move the needle on their net promoter score (NPS) and kept asking questions on what else could be done to improve the customer experience. Often investors have to nudge early founders into thinking about these things — but not Arnab and Vinay.

Moreover, the home design market opportunity was phenomenal — a largely open over $10B market with only a few early players like Modsy and Havenly. After discussions, we also concluded that it wasn’t just the design aspect we could go after. We could also capture a meaningful part of the e-commerce transactions that naturally take place post a home design is finalized. I was confident a large company could be built in the space, and Arnab and Vinay the right founders to achieve this.

And the fact that Shamik was the one who introduced me to them definitely played a huge role in building the initial trust. He knew them well, had worked with them and spoke highly about how they were one of the most tenacious founders he had met. Most often we make a decision based on one or two meetings. But if somebody we trust has actually worked with the founders for several years, it’s truly a special relationship. I didn’t need to think twice about it.

Early positive metrics, mounting demand and the way ahead

From December 2019 to September this year, SpaceJoy has witnessed a phenomenal 10X growth from 40 orders to a whopping 400 orders serving over 1,000 customers. This is only set to accelerate further.

The idea started with an aim to make the entire journey of wanting to design a home — from interacting with the designer to envisioning what it would eventually look like — completely seamless and online. The positive response from customers has already shown us the potential of SpaceJoy. We have also noticed high stickiness with users where a customer who used SpaceJoy for one room design has come back to the platform to redesign another part of the house.

Moreover, as the pandemic has people working from home, many homeowners in the US have been looking at finding innovative ways to convert a part of their home into a workspace. And with everything moving online and people hoping for minimal contact, it has further expedited the demand of Spacejoy’s services.

With an early product-market fit and an increasing demand, we are just peeling the onion and growing while unlocking more efficiency. We can’t wait for the journey to further unfold with Arnab, Vinay, and the SpaceJoy team as we go places.

Do not delete this container
ConsumerPortfolio

Blog
The Future of Work Dialogue: Beyond Hubs and Drifts

Blog
How to build Digital-first Brands: The Flipkart Story

Home
Content Hub
Podcast
Programs
Search
Thank you! Your submission has been received!
Oops! Something went wrong while submitting the form.