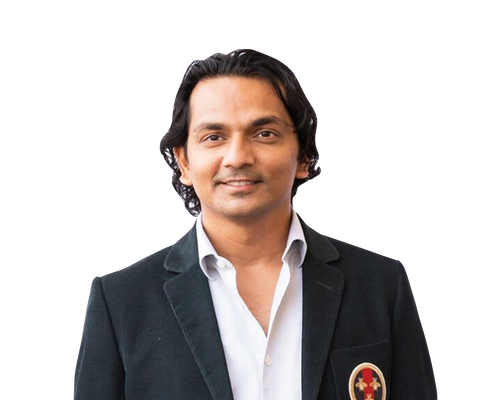 In this episode of the #INSIGHTSPodcast series, Divyank Turakhia, Founder of online advertising business Media.net, speaks about why entrepreneurs should focus on the right things, keep risks in mind, and must always be nimble.

We continue with the #InsightsPodcast series, and on this edition we have with us Divyank Turakhia, Founder of Media.net, one of the largest online advertising businesses worldwide, which he bootstrapped till he eventually sold it in 2016 for $900 million.

Divyank starts off by talking about his early days growing up in a small apartment in Mumbai, and how he started reading his dad’s collection of books at the age of five. This love for reading is something he attributes his success to. “I spend somewhere between 800 to 1,000 hours a year reading, and I’ve done that for the last 20–30 years of my life”, he says. The learning goals became more specific as he progressed along his entrepreneurial journey, but even today, you’ll find him trying to get every bit of information possible on a topic that is relevant to a business problem he’s solving.

“If I directly started competing with the giants on day one, I would obviously fail because I don’t have the same resources in any form. The idea was to pick a niche that some of the giants were not paying as much attention to, so that once you grow in it, you know enough,” Divyank says.

Sharing tips for young entrepreneurs, Divyank talks about the importance of keeping an eye out for the risks that the business faces. “As you build a business, you need to keep thinking about what are the top 10–20 risks that exist in your business that could wipe you out entirely and have a very rough plan to tackle them.”

He adds that having success metrics and measuring them on an ongoing basis helps prioritise efforts and resources on the most important problems.

“The way I think of it is, on a weekly basis, I look back and ask, what could I have done in this week that would have made me more efficient in some form? What could I have avoided spending time on? What could I have spent that time on instead? As you keep doing that, you will find that you’re paying attention to the right things.”

Divyank shares the prime importance he places on hiring and retaining the right people, the ones who’re in it for the long haul and don’t need much oversight. “I spent an incredible amount of time making sure that our attrition rate was one of the lowest in the industry. I had about 1,300 people at Media.net. The 1,300 people were managed by about 50 people. Of the 50 people that had reached that level with us in the eight years that I ran the business, I’d only lost four of them and of the four that I lost, I brought back two.”

Talking about dealing with failures, Divyank mentions how he keeps working on the problem until he’s solved it. That said, he urges entrepreneurs to reprioritise when needed. “Whenever you come across something that is more meaningful and that deserves your time and the time of your team a lot more because it’s a larger opportunity, you need to have that nimblenessand you need to be okay to let go off certain things that you’ve been working on. The industry changes all the time, events happen all the time, the marketplace changes all the time, needs change all the time, newer tech comes in. You need to be nimble to change and constantly change.”

The Holy Grail according to Divyank, is to always market test through MVPs and not obsess on perfecting the solution. “Think about how to build MVPs and build out some test cases instead of building in isolation. When you build in isolation, you might think that this is the perfect solution, but if you haven’t market-tested it, then you spend time on a lot of things that don’t matter…Don’t spend time to perfect the solution to solve the problem. Spend time to get it 80 percent right and move along because there are 99 problems that you’ve not taken care of,” he says.

Towards the end of the podcast, Divyank urges entrepreneurs not to fuss about market timing. “There’s no such thing as perfect timing. All timing is perfect. The more important thing is to get started.”

Tune in to listen to Divyank share his views about startups, growing them, and the need to be willing to change.

Thinking Global and Scaling Up
E
14

Execution and Importance of Uncommon Service

Divyank Turakhia is an Indian-born computer-programmer, businessman, billionaire, serial entrepreneur, and investor. He founded Media.net, which he sold in 2016 to a Chinese consortium for $900 million, the third-largest ever ad-tech deal.