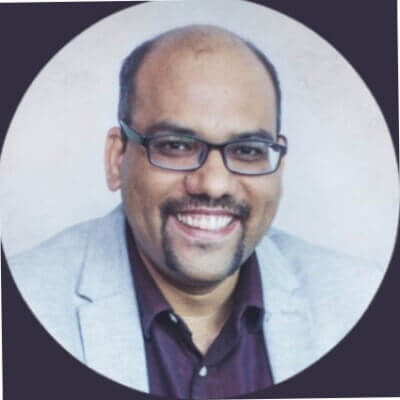 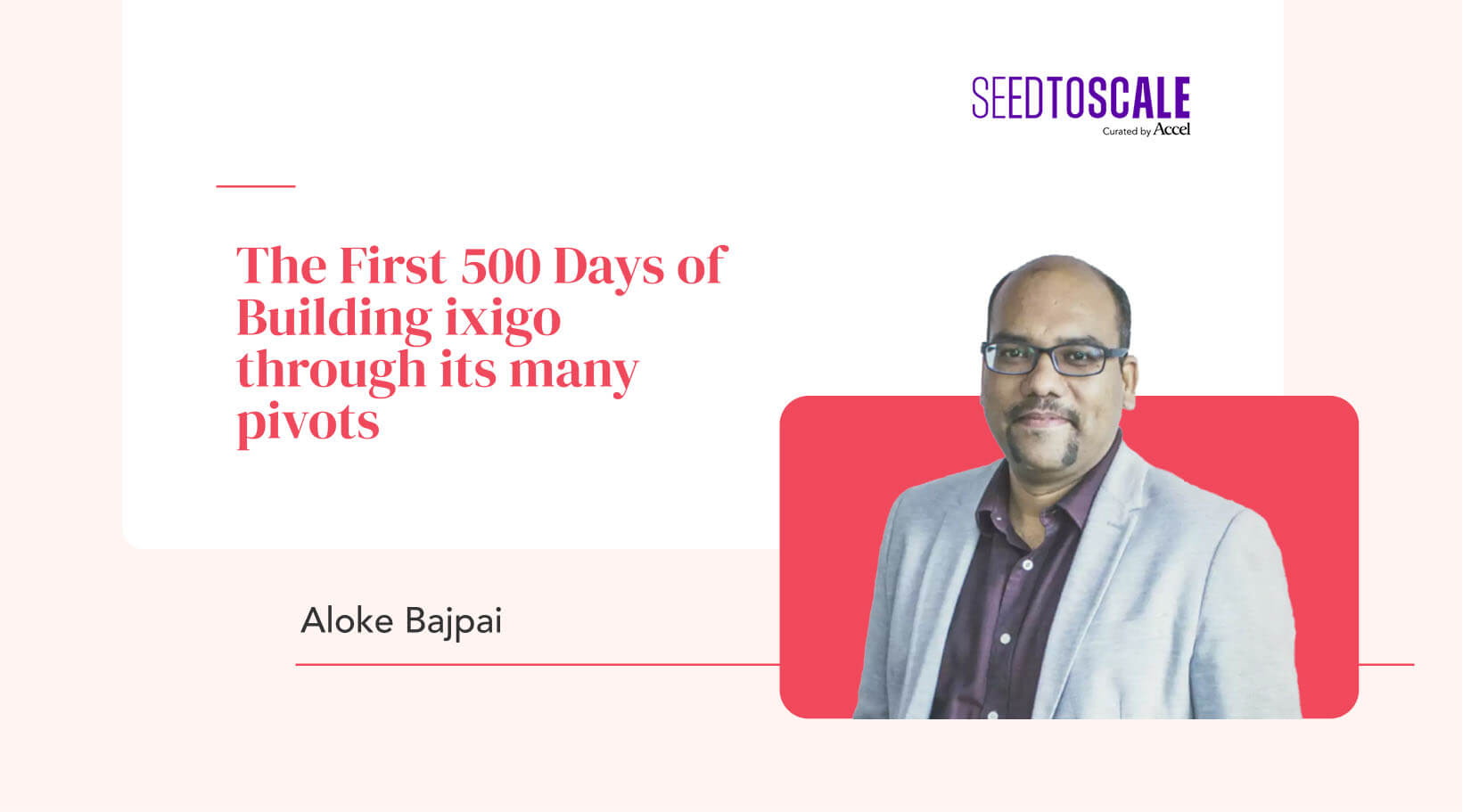 #
:
The First 500 Days of Building ixigo through its many pivots
Mins Read
59 Mins
You can also listen on

Moving back to India later, the duo had their eyes on building an innovative product with a meta-search model, owing to the ideology that it was more consumer-friendly. The intention was to build something more efficient than what is already out there in the market.

Aloke finished his MBA from INSEAD and was still paying for his MBA loans. The product was already taking close to a year of building, and the founders were running out of cash to sustain themselves while building the company. They raised close to Rs 20 lakh from friends and family.

‍
It was 2007, which was still the desktop-era for the average consumer. Ixigo was launched as the country’s first meta-search travel portal. The founders used a large pool of APIs to aggregate all the travel information together into one place, allowing the users to view the best possible deals and compare them.

‍“The website almost crashed on the launch day itself. We were naive enough to host out servers from a DSL connection that ran on 512 kbps - 1 MB speed. There were already 10s of 1000s of users visiting it on launch day and we had emails coming in that the site didn’t work. We had to quickly move on to servers hosted in the US and that became something sustainable.”

At a time when there were hardly any startup events and forums, the news about ixigo happened to spread through word-of-mouth at a conference called Proto.in.

By the 7th month of launch, the site had reached 100,000 organic visitors without having to try and do any marketing. It was also a time when India had only 20-25 million internet users who were using dial-up connections from their desktops.

‍‍
Started as a bootstrapped meta-search website in 2007, ixigo pivoted into a trip planning player after it raised its Series A funding in 2011, with Makemytrip participating in it. While users were searching and planning their trips, the startup wanted to take it a level up on that funnel, and hence the layer of trip planning became a part of the hypothesis.

Gradually, ixigo introduced things like ‘Places to visit’, ‘Things to do’, which redirected to bring in plenty of traffic through search engines alone. Before it became a mainstream thing, ixigo carried out several SEO optimisation strategies early-on, which continues to keep the site’s content on the top pages.

In 2017, when the startup was raising its Series B fundraise, it had traffic levels equivalent to that of any major online travel agency (OTA). At this point, ixigo was still a lead generating website and it lacked the element of being more transactional by its own nature.

“When you initially start a business, you have a certain bias to look at your original business model but not anything outside of it. But it made perfect sense when we stumbled upon the idea of pivoting to a marketplace. When you are a mere lead generation platform for third parties, you don’t have any control over data like customer info or payment info. This deprives you of your ability to cross-sell anything.”‍

A year later, Sundar Pichai came to India and launched Android 1.0, and he was trying to make a booking through the ixigo trains app. Free marketing you just cannot buy.

In a matter of a few years, ixigo became an OTA itself. To this day, the trains platform gets millions of downloads every month, even during the pandemic when people want to browse for train information. Aloke says that ixigo is currently the most downloaded travel app in the country with 170 million app downloads, largely attributed to its focus on the trains market.
Looking back, the cofounder and CEO lists down five important things that fueled this growth in the company.

Getting the right time in place

On a fundamental level, a startup founder would want to consider the team and culture aspect the most important. Most startups fail because they do not have a right team that breeds the right culture. If you do get the A players, you cannot micromanage them but you keep them for who they are.

In one instance, when the 2008 economic downturn happened, ixigo was going through a crisis of its own. One of the early engineers at the time, had a hefty offer that comprised 60-70 percent hike in his salary and he wanted to move ahead. There was no way Aloke and Rajnish could pay him the same or more money and retain him, so they offered him equity in ixigo.

By the time ixigo raised its Series A round, the engineer made his exit and started his own company. He was able to believe that ixigo would go on to be a valuable business later on, and with that faith, a large part of ixigo and its products had his contribution.

When in doubt about a potential candidate, reject.

It all trickles down to how you communicate, how you hire a new person or fire someone, or promote someone in the system. It’s about how you handle a difference of opinion with your colleague, how you perform meetings or appraisals. If it comes from the right heart, your organisation’s culture is at the right place.

Focus on simplicity in Product

‍14 years of building ixigo and all the mistakes later, one biggest learning Aloke points out is focusing on simplicity at an early stage.

On Day Zero, ixigo was launched as a meta-search platform for flights. Few years later, the startup digressed into too many apps like trains app, trip planning app, road trips app and flights app. At one point, ixigo had 5 apps at one point and they were already biting more than they could chew.

The temptation to handle too many things at the same time at an early stage is quite high. Sometimes, it might seem obvious to see it as an avenue to grow faster.

You are better off doing just one thing at one time, but really really well. Doing multiple things at the same time is a recipe for disaster. Your NPS is going to be super bad on all these things individually. It’s important to find out what your core action in your products is.

In the trains app, the core actions were PNR status search and train running status search. These are also the core action items that are constantly improved over time, and immediately fixed if something goes down. Till date, the ixigo trains app is not a bookings app at all but the bookings come only as a by-product.

There are always those core items that yours users would want to repeatedly come back to. It’s important to keep them really healthy and not digress into too many things.

It’s convenient to believe it yourself that you know what your core actions are, but it is always those things your users tell other users about. It’s imperative that you optimise and improve these core actions as much as you can.

There can be a counter argument that you do need to explore what the future of this core action might look like, considering everything gets disrupted after a point. But it is something that needs to be looked upon at later stages, but not in the first 500 days.

Do not delete this container
ConsumerBusiness

Home
Content Hub
Podcast
Jobs
Search
Thank you! Your submission has been received!
Oops! Something went wrong while submitting the form.
Pratik Agarwal